The TSA and the Law – who cares?

There is discussion these days about the heavy handed nonsense being perpetrated against Americans by the TSA.  These discussions are invariably tied to the elusive and mythic ‘security issues’ that the government wants everyone to believe that they, through these freedom destroying means, are addressing.

People who believe or contend that these measures are required to protect us are are similar to the ones who, in the thirties believed that the Gestapo was needed to protect the German public from their ‘terrorist threat’ after the Reichstag fire.  How’d that work out for them?

One does not protect liberty and freedom by establishing a police state.  The fact is this discussion on “security” loses validity when one weighs it against the loss of Rights being forcefully taken from Citizens and expunged from our lives.   A philosophy, a cultural minset and a vision of a Republic has certain fixed and unshakable concepts if it’s to survive.  In the case of  this nation the philosophy is ‘freedom’. The cultural minset is ‘liberty’ and the vision of a Republic is maintained (or should be) by the Oath taken by those serving the People. To breach the fundamental principles of these things is to loose these things. Many folks, not yet sedated by floride or similarly medicated, can see that things have gone downhill since the passage of the Patriot act.  The tolerance of the TSA is but one manifestation of the disconnect between a professed belief in liberty and the American way and the acceptance of a growing police state that, it’s thought, is needed to protect it.

When pondering the existence, policies and practices of the TSA it is critical to recognize some very important FACTS.  Our Law, within United States Code 49 U.S.C. § 40103, “Sovereignty and use of airspace” specifies that “A citizen of the United States has a public right of transit through the navigable airspace.”  Further and more importantly, based upon the foundational Law of our nation, is the very Right of travel and movement throughout the country.  Unfettered and unencumbered travel between the states is a cornerstone of our Republic.  This Right is manifest (according to the Supreme Court of the United States) within the Privileges and Immunities Clause of the United States Constitution.  According to the Supreme Court, in more cases than need be mentioned here, Citizens are “free to travel throughout the length and breadth of our land uninhibited by statutes, rules, or regulations which unreasonably burden or restrict this movement.” (Ward v. Maryland, 79 U.S. 418) and in the Passenger Cases, 7 How. 283, 492 (1849), Chief Justice Taney stated: “We are all citizens of the United States; and, as members of the same community, must have the right to pass and repass through every part of it without interruption, as freely as in our own States.”  Indeed, in United States v. Guest, 383 U.S. 745, 757-758 (166) determined: “ freedom to travel throughout the United States has long been recognized as a basic right under the Constitution.”  So again, where a Right exists within the Constitution it can not lawfully be impaired or restricted by the rule making or regulations imposed by an agency of government.  Nor can a state or federal body legislate away Rights under our Constitution.  Rather these Rights can only be curtailed through amending our Constitution.  Couple the Right to travel with the 4th Amendment of our Constitution which states quite plainly that “The right of the people to be secure in their persons, houses, papers, and effects, against unreasonable searches and seizures, shall not be violated.” and you have overlapping Rights that can not lawfully regulated by bureaucratic or agency ‘rule making’ but rather be addressed through the Constitutional amendment procedure yet, the TSA, through their heavy handed procedures, are doing just that.

To a greater or lesser degree, to serve the People, our employees (military, law enforcement, elected & appointed individuals) swear to “protect and defend the Constitution” and (secondarily) to uphold our Laws.  Whatever their ‘mission’, people who serve our government and its People must operate within our Constitution and/or our Laws.  How then, when Americans have the Constitutional Right to travel “as freely as in our own States” and, by law/statute a “public right of transit through the navigable airspace” as well as a Constitutional Right “to be secure in their persons…, against unreasonable searches and seizures” do these people and this agency effect their neo-nazi internal security restrictions without the states of the Union responding? 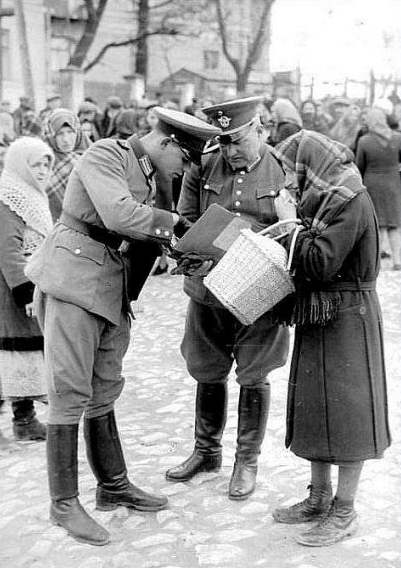 Hopefully, the floride, prozac and overexposure to Dancing with the Stars hasn’t rendered all Americans unable to read and understand the statute above and how it DIRECTLY applies to the activities of these fascists.  I would suggest this agency, its minions and supervisors be shown this federal statute when they attempt to tell someone they’re “just following orders” and that they have the dubious authority to violate American’s Rights under our Constitution, 49 U.S.C. § 40103 and the Fourth Amendment.  When you’re deemed a disruptive person at the gate for “questioning TSA’s authority” and the local police officers on duty at the airport are called, will they be willing, when shown this Law, to join the TSA in their violation of 18 USC, Section 241 and risk prison and/or risk a death sentence if an “aggravated sexual abuse” (pat down) is involved?

It should be remembered that those people employed by the TSA, just like every other government employee in federal and state employ, swear an Oath (taken from TSA’s website) stating:

“I, do solemnly swear (or affirm) that I will support and defend the Constitution of the United States against all enemies, foreign and domestic; that I will bear true faith and allegiance to the same; that I take this obligation freely, without any mental reservation or purpose of evasion; and that I will well and faithfully discharge the duties of the office on which I am about to enter. So help me God.”

In spite of this Oath, as you’ve seen above, they neither “support” our Constitution nor do they “bear true faith” to it where they actively subvert it and other Laws such as Section 241 of Title 18 on a daily basis.

For all their pseudo-nazi authority they (wrongly) claim as well as their $8,164,780,000 budget (that’s billion with a B) wherein $7,910,780,000 is listed as being “discretionary”, along with a “trust fund” of $254,000,000. (a freaking “trust fund”) to ensure that old ladies & children are molested and irradiated in order to keep us safe, these bozos have never actually caught a ‘terrorist’.  Sad, eh?  Eight BILLION this year alone plus their “trust fund” of a quarter mil yet, not a bomb or gun found, nor evil terrorist captured who’s head they can put on a pike.  The last evaluation that was allowed to be published was 2006 wherein they failed 70% of the time in their interdiction efforts.  How many of you would rely on or go to a physician who lost 70% of his patients? How long would a prosecutor keep his job if he/she failed 70% of the time to get a conviction? How many of you would you get on a airplane if they were known to fall out of the sky 70% of the time? The fact is, this agency is a monument to ineffectiveness. So, with this level of ineffectuality, this hapless and pathetic level of professionalism, along with their clear and complete disrespect of the American public (and others) and their daily violation of the Laws articulated above in the pursuit of their “just following orders” mindset, where are the throngs of terrorists who “hate us for our freedoms” who’s alleged jihadist goal is the destruction of our Republic?

Show me the prosecutions, emanating from the TSA, demonstrating their prowess and justifying kicking our Laws, our Rights and our Constitution under the bus?

So what’s to be done?  Clearly the federal authorities don’t give a rat’s ass about our Laws (that they passed), the Rights of Americans or our Constitution.  They (the TSA in this case) feel they are beyond culpability for their actions and that the penalties called for in our Law, such as Section 241 of Title 18 which poses fines and prison sentences of “any term of years or for life, or both, or may be sentenced to death” don’t even remotely apply to them because they’re “just following orders”.  The answer is to put down the Koolaid long enough to DEMAND your state do something while some shadow of the old Federalist Republic remains.

Since it appears the federal government and their state security apparatis is determined to incrementally alleviate the Citizens of this nation of their God given Rights, it appears up to the states to stand up to them.  Your states are, after all, the primary guarantors of the People’s Rights.  The states and their law enforcement (police, Attorney Generals and Governors), who also swore to protect the federal and state Constitutions and their Citizen’s Rights guaranteed therein, are required to act or be in breach of their own Oaths of Office.  In June of this year (2011) many would’ve thought that Texas, that bastion of individuality, independence and big brass ones was going to be the state which led the way for the rest of us in saying NO to the growing mission creep and usurpation of People’s Rights being thrust upon us by the federal government but that hope proved to be nothing but theater.  I ponder what Colonel Travis, Davy Crockett and the rest of the heros of the Alamo would be thinking were they alive to see the Texas of today roll over and become the latest poster child of federal lap dogs?  I guess it’s up to someone else or, perhaps, a few more children need be molested, a few more elderly people strip searched or a few million irradiated and given cancer before a new John Wayne steps up to say NO.

I don’t care how “safe” people want to feel, neither do I care to hear statists and government apologists saying that the “ends” justify whatever “means” the government wants to implement, I’m just a hopeless romantic still believing in and remaining loyal to, our old Republic.  What are you loyal to?

If there are any ‘Americans’ still out there with any respect remaining for their heritage, Happy Fourth of July. 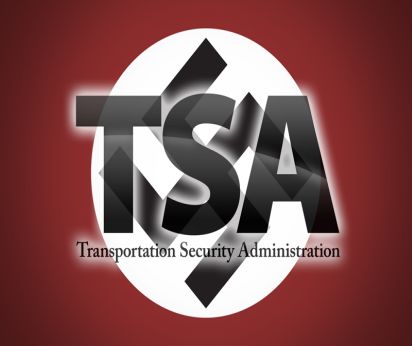