Folks, it just doesn’t get any better than this…

Here we go America.  Another ‘presidential’ election cycle is upon us where we’ll be promised “change” (again) by every single candidate.  Where we’ll hear from by every single candidate that they’ll “fight for us” and that they’re “with the middle class”.  They’ll promise us a “strong military” even though we spend more than the next ten first world countries combined.  They’ll promise to secure our borders and every single candidate will promise to “stand with Israel” regardless of own military telling us/them it’s becoming more counterproductive to American interests every day.  Yup.  They’re ALL for “the little guy” (that’s you) and the best way to help “you” is to support everything Wall Street and the defense contractors  want.

I’ll update this list as more of these nitwits throw their hats into the race.  Just remember, it’s not necessarily about actually ‘winning’, it’s about the money being raised which, of course, they get to keep/use even if their goofy candidacy fails miserably which, all but two will.  Oh, and I won’t even mention the nitwit’s political parties because only a fool these days thinks that makes one bit of difference to how they will behave towards we Americans, whether they will uphold their Oath of Office, respect our Constitution and Laws or protect the actual interests of the United States over their contributor’s.

First up:  Ted Cruz – Canadian-born son of a Cuban immigrant who’s wife is a managing director at Goldman Sachs and member of the Council on Foreign Relations (I wonder who’s interests Ted will represent – you guess) who’s only claim to fame is his propensity towards being another chicken-hawk for the neo-cons.  As he said himself “imagine a president who stands unapologetically with Israel”.  Problem with Ted is, like Obama, he’s not a “Natural Born Citizen” which is a minor detail in running for president.  Yup.  His Dad was a Cuban national making Ted’s birth that of a ‘Citizen’ vs a “Natural Born Citizen” but Obama got away with it, so Cruz will as well.  Experience with anything?  Nope, but then Obama didn’t need any to promise us change right?

Rand Paul – Not much to say here.  He’s an empty suit who’s probably best known, by those in certain circles, as having put a knife in his Dad’s back while the latter was, himself, running for president.  He stands for nothing discernible beyond his own self interests and tells whatever crowd is in front of him whatever they think they want to hear.

Hillary – Leaving aside EVERYTHING ELSE in this lying witch’s background, by her own admission, she deleted and destroyed emails during her tenure as Secretary of State.  No one contests this.  As an attorney, she can’t claim she didn’t know full well this act was a violation of US Criminal Law.  The violation of 18 USC, Chapter 101, Section 2071, Part 1, Paragraph (a) specifically states that the perpetrator should be fined or imprisoned for 3 years, or both.  While Paragraph (b) says such “a perpetrator is thereby disqualified from holding any office under the United States of America.”  So, under the “Law” she’s barred from holding “office” in the United States of America and should be in jail but none of that matters; she’s probably the best they have…

Marco Rubio – This one was born in Miami, Florida, [in 1971] the second son and third child of Mario Rubio and Oria Garcia. His parents were Cubans who had immigrated to the United States in 1956 and were naturalized as U.S. citizens in 1975.  So, like Cruz (above) he’s got the same ‘Obama’ problem.  His folks weren’t US Citizens when he was born therefore he’s NOT “Natural Born” and thus, doesn’t lawfully qualify to ‘be’ president of the United States.  A minor problem if the ‘law’ matters in America but not an issue (apparently) anymore where most voters are incapable of rational, or cognitive thought.  Besides, he’s supported by billionaire Casino owner Sheldon Adelson who’s daily newspaper Israel Hayom, seems to be backing him as well as billionaire Norman Braman out of Miami.

Mike Huckabee – is (as expected) tossing his hat in the ring again.  Another empty suit.

Senator Lindsey Graham is thinking about it.  Of course, he’s a wannabe that no one takes very seriously but his comments are telling in that they ‘admit’ what every other aspirant won’t.  He told the Wall Street Journal  “If I put together a finance team that will make me financially competitive enough to stay in this thing…I may have the first all-Jewish cabinet in America…” Graham reportedly said, chuckling. 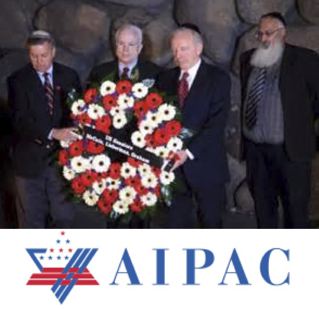 Rumor has it Santorum’s ‘in’.  Word was he was headed for Israel in May which is usually a pretty good sign.

Unofficially we have Rick Perry.  No matter how often he visits ‘the wall’ he’ll never make it. 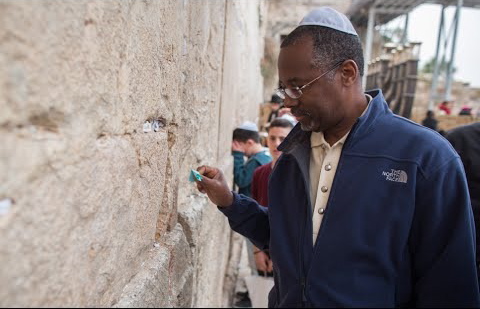 In the end however, the only questions remaining is which two candidates have the best backing from the oligarchs.  Which two will provide the best illusion of ‘choice’ for the American public, so they can go to bed at night to the election refrain of “the better of two evils.”  Which two look best in a yarmulke as they’re photographed ‘touching’ the “Wailing Wall” in Jerusalem with their eyes closed, looking humbled and ‘thoughful’ as they pay their respects to the rulers of a foreign country who essentially dictate American political policy.

Oh my, I almost forgot!  I saw that Vermin Supreme – just tossed his hat in the presidential race and, from what I can tell, he’s thus far the ONLY candidate that ‘actually’ has a “hat” since he’s famous for wearing a boot on his head.  His policies include time-travel research, mandatory teeth-brushing and free ponies for all Americans – all commendable initiatives.  (I mean, who can argue with free ponies to all?)  He’s certainly ‘pro-gun’ as we can see from the photo(s) below and given his zero ties to Wall Street or Monsanto or AIPAC, thus far, he’s the only viable candidate that I can see.  So, I’m for him. 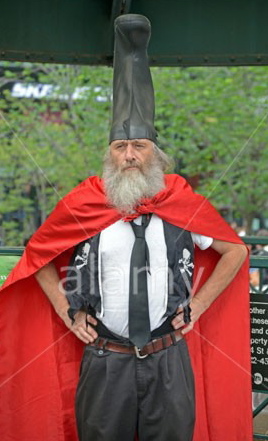